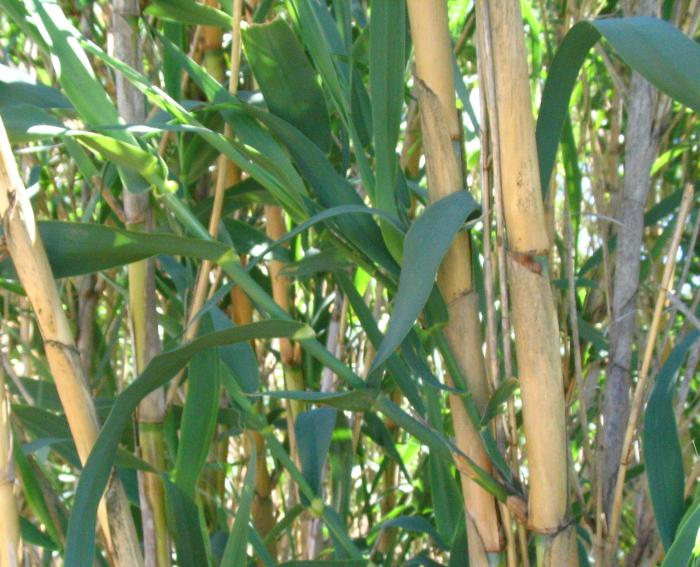 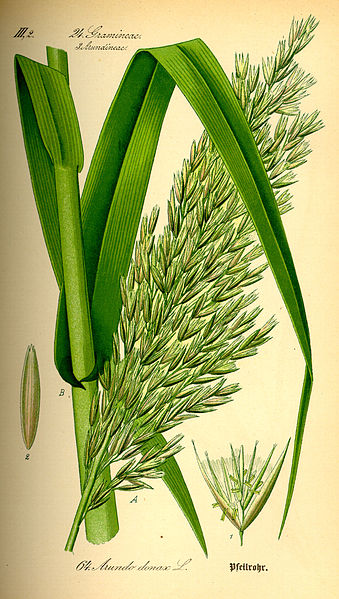 Morphological Description:
Flowers/Fruits:
Flowers in late summer
Flowers with a large, plume-like panicle
Seeds produced are seldom fertile (Bell 1998)
Leaves:
Tall perennial reed-like grasses
Grows to a height of 8 m and can grow at a rate of about 5 cm a day.

Functional traits (photosynthetic rates, phenology, etc.):
Extremely flammable
In most cases, A. donax does not produce viable seeds, instead using photosynthetic products as biomass
Unusually high photosynthetic capacity
Can withstand winds of 13 m/s at a height of 4m 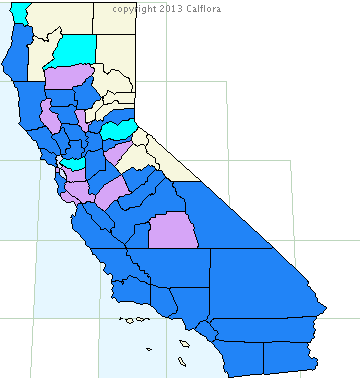 Control Methods:
A. donax is an asexual plant with a very little genetic variation. As a result, it is  a good candidate for biological control.
There are a variety of control methods available for A. donax.
One method is to use heavy machinery to destroy the species, however, this is often costly and inefficient.
must be sprayed by herbicides within 1-2 minutes to ensure tissue uptake. Herbicide application by vehicles and helicopters
Another method is to use a 2-5% solution of Rodeo; it is particularly effective when used post-flowering and predormancy at a rate of 0.5 to 1 L/hectare.
A third method is a cut-stem treatment, in which stems of A. donax are cut and sprayed by herbicides within 1-2 minutes to ensure tissue uptake.
Finally, a prescribed fire can burn piles of stacked biomass.

Evolution (of traits in novel range):
All but four plants, found with single mutations, of A. donax invasive and cultivated clones are genetically identical. There is no found genetic variation and no found plants are variegated.
Rhizomes of A. donax send up new shoots very quickly after fires, beating out native species who would have possibly grown on the site.
Asexual reproduction limits A. donax genetic variability.

Performance of invader in CA (interactions with species native to S. CA):
Invades riparian channels
It uses up to 2,000L/meter
Competes with native species: Salix (willows), Baccharis salicifolia (mulefat), and Populus (cottonweeds)
Threatens the nesting habitats for federally endangered and threatened native birds: Empidonax traillii eximus (the willow flycatcher), Vireo bellii pusillus (the least Bell’s vireo), and other natives
It can effectively change riparian forests to a fire-defined community from a flood-defined one.
Provides neither food nor habitat for native wildlife.

List of References:
Ahmad, Riaz. “Molecular Evidence for a Single Genetic Clone of Invasive Arundo Donax in the United States.” Aquatic Botany 88.2 (2008): 113-20. Print.
Ahmad and several other researchers discovered evidence for genetic uniformity in A. donax; this has implications for future biological control of the species.

Bell, Gary P. “Ecology and Management of Arundo Donax, and Approaches to Riparian Habitat Restoration in Southern California.” The Nature Conservancy of New Mexico (1998): n. pag. Web. 5 May 2014.
Bell provides an overview of physical and biological traits of A. donax and provides suggestions for habitat restoration.

Mariani, C. “Origin, Diffusion and Reproduction of the Giant Reed (Arundo Donax L.): A Promising Weedy Energy Crop.” Annals of Applied Biology 157.2 (2010): 191-202. Print.
Mariani describes the life cycle and dispersal of A. donax and notes its potential as an energy crop.

Spencer, David F. “Spatial and Temporal Variation in RGR and Leaf Quality of a Clonal Riparian Plant: Arundo Donax.” Aquatic Botany 81.1 (2005): 27-36. Print.
Spencer derives an equations that estimates biomass for A. donax; this equation is used as an alternative to the arduous harvesting process.

Spencer, David F. “Variation in Arundo Donax Stem and Leaf Strength: Implications for Herbivory.”
Aquatic Botany 93.2 (2010): 75-82. Print.
Spencer and his colleagues provide a statistical analysis of leaf and stem strength of A. donax and suggest implications for biological control.