Research on coastal oceanography at UC Irvine extends principles of fluid mechanics to the analysis of ocean processes that affect marine ecosystems. On the large scale, this includes work evaluating the circulation of the coastal ocean and the effects of physical processes like upwelling, fronts, eddies, tides and waves on cross-shelf exchange, dispersion of plankton and microbial pollutants, and the connectivity between coastal estuaries and the ocean.  On the smallest scales, this work focuses on the effects of boundary layer flow, stratification, and wave dynamics on turbulent mixing and the coupling between benthic marine communities and the overlying water column. This research is done through field experiments and numerical simulations and in collaborative partnerships with biologists, geologists and other scientists to answer fundamental questions as to how the dynamics of fluid flow affects marine ecosystems and shapes the natural environment. 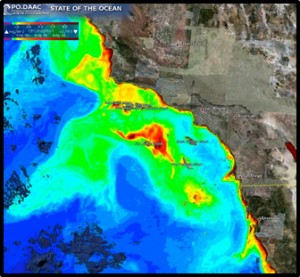 In order for populations and species to persist in a changing climate, they need to have adequate coping mechanisms. These can include mechanisms of tolerance, acclimation, adaptation, and re-distribution. Research in the Sorte Lab has been using physiological tolerance experiments to identify resistant versus susceptible populations of marine invertebrates and the level of local adaptation in these species. When physiological mechanisms aren’t enough to allow population persistence, then populations must move to track encroaching temperature isoclines. A recent focus is the range-shift potential of sessile species that disperse largely passively in ocean currents, because equatorward-flowing currents (e.g., the California Current) might prevent poleward re-distribution, especially of the most warm-adapted individuals. 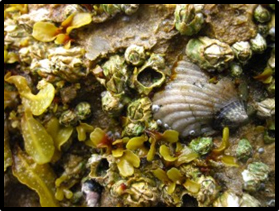 Research in the Marine Biodiversity Lab has examined how nutrients, consumers, and physical stress interact to determine the diversity and community composition of seaweeds on rocky shores. These changes in diversity can have major effects on local-scale nutrient uptake and photosynthesis in seaweed assemblages. They have found that realistic changes in diversity, such as those associated with certain species’ susceptibility to disturbance, can have much different effects on nutrient uptake than random changes, and that for realistic (as opposed to random) assemblages of species, a gradient in species richness is required to maximize multiple functions (e.g., nutrient uptake and photosynthesis). Collectively, these results highlight the need to appreciate the causes of diversity change in natural ecosystems. 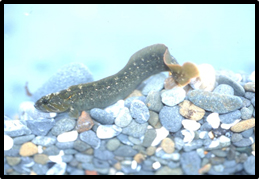 Research in the Ecological and Nutritional Physiology Lab seeks to understand how organisms are specialized to use specific resources and the consequences of that specialization for movement of energy in marine ecosystem. This research integrates isotopic, molecular, biochemical, and physiological approaches to gain insight into the nutritional physiology of a range of taxa from microbes to vertebrates.  By understanding the resource acquisition strategies of a range of organisms within a given ecosystem, we can better understand the transformation and flux of energy and matter in that system. 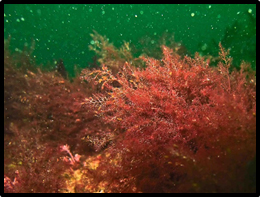 Although it had been suggested that climate change will favor non-native species, until recently, this hypothesis lacked strong empirical support and explicit consideration of the mechanisms driving such a pattern. Work in the Sorte Lab has evaluated the relative effects of ocean warming on native versus non-native species in marine communities. For example, they have used demographic approaches, focusing on the processes that allow species to acquire limiting resources. Results of historical comparisons, field observations, lab mesocosm experiments, and population and competition modeling have provided a more complete picture of when non-natives are likely to become even more dominant as ocean warming continues.

Research in the Marine Biodiversity Lab is evaluating the mechanisms for success and the impacts of an invasive seaweed, including studying its characteristics, its interactions with native seaweeds and herbivores, and its effects on native biodiversity and ecosystem functioning.